Photo: Nigerian woman falls off from roof of building in India 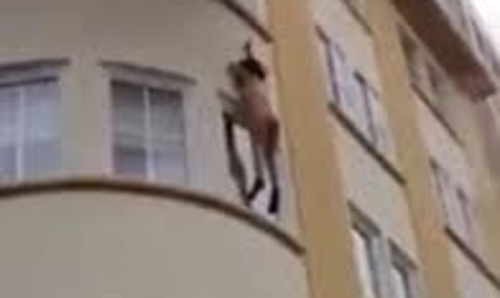 A 30-year-old Nigerian woman fell from the third floor of a building in south Delhi's Mehrauli area in the early hours of Wednesday, May 3.

The woman, identified as Tope and a resident of Chattarpur enclave, allegedly entered the compound of Choice Apartments in Mehrauli, in an inebriated state, by forcibly pushing the guard at around 4.30 am.

"She then went to the roof of the building, which is on the third floor and fell off. The entire incident was captured in the CCTV," a senior police officer said.

After she fell down, locals informed police and she was rushed to the AIIMS trauma centre where she is currently undergoing treatment.

"Other details are awaited as she has suffered a fracture in her leg and is being operated upon. Statements of an eyewitness named Divyanshu and the guard Parmod have been recorded," he added.

It is also being probed if she fell down or she jumped off the building.
Tweet