Home » Arts and Entertainment » Photos: Corps member who is supposed to pass out today killed by armed robbers while returning form a night club in Abuja

Photos: Corps member who is supposed to pass out today killed by armed robbers while returning form a night club in Abuja 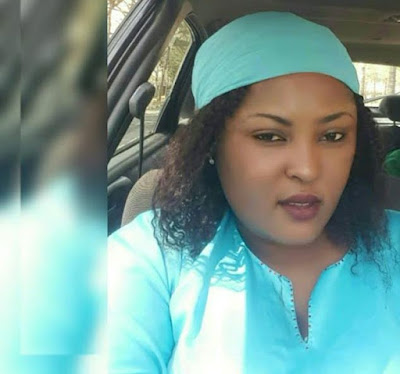 25 Youth Corps member, Charity Wadzani Thilza, pictured above, who is supposed to pass out from the NYSC scheme today May 4th, has died after she was shot dead by some armed robbers in Abuja on Monday May 1st.

According to reports, Charity, who is from Borno state, had gone to a night club where singer Phyno performed and was returning home with three of her friends and a man when they were attacked by robbers.


The armed robbers chased their vehicle, shooting at it to force the driver to stop. One of the bullets hit Charity. The robbers stopped the hot chase when they realized that their victims were heading towards a police station.

Charity was rushed to the hospital but was rejected by the medical staff.

Said to be the first child of her parents, Charity served at the Nigeria Civil Defence Corps in Abuja and had hoped to continue working with the agency after her service. May her soul rest in peace Amen.
Tweet