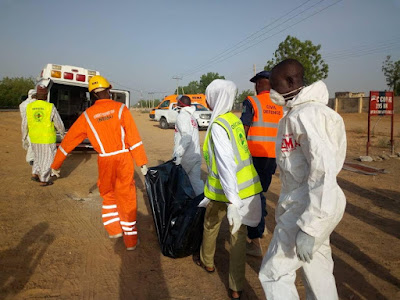 Three female suicide bombers who had planned to attack a military base close to Muna garage in Borno state were yesterday shot dead by troops stationed at the base. A statement by the National Emergency Management Agency NEMA says the suicide bombers were killed by the military at about 10 pm last night.

“Yesterday night 3/5/2017, at 10:05 pm, three female teenage suicide bombers attempted to attack military outpost popularly known as “Guantanamo” along Muna garage.
They were sighted trying to gain access to the premises and were shot by the securities leading to the detonation of their concealed explosives, which killed all three of them and injured one of the security personnel.” The remains of the three suicide bombers have been deposited at the Borno State Specialist Hospital, Maiduguri while the injured security personnel is currently receiving medical attention. 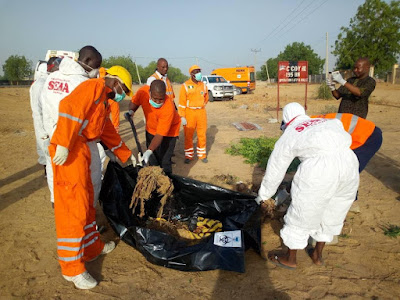