Photos of 14-year-old female Manchester United fan, others who died in Calabar tragedy 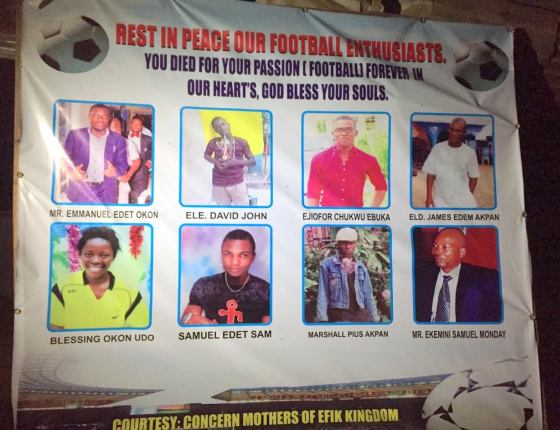 No fewer than 9 persons watching the UEFA Europa League match between Manchester United and Anderlecht Football clubs died by electrocution at a viewing centre in Calabar, Cross River State
One of the victims is 14-year-old Blessing Okon Udo, an ardent Manchester United fan. Tearfully narrating what happened, father of  the deceased, Okon Udo said: 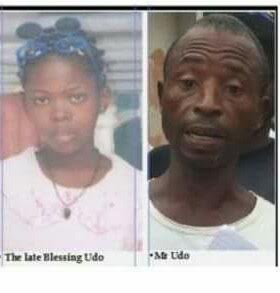 "I was away for work. When I came back, I understood there was a problem. I saw my daughter among the victims so I had to rush her to the hospital and she was certified dead. Her death is a big loss"

Recalling Blessing's love for footbalL, he said: "She was a football lover. She even played football and I did not know she used to go there and watch football. This incident was the first time I knew she came here to watch football. She was a student at Holy Secondary School. She was in SS3 and was going to write her WAEC last month.
Tweet