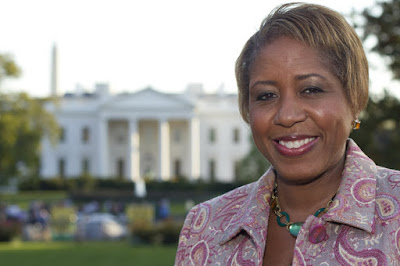 The Trump administration has fired its chief usher, Angella Reid, who was the first woman and second African-American to hold the position.

White House residence staff were shocked with the news when they arrived at work Friday morning and were told that Reid had been fired.

Speaking to reporters on her dismissal, White House deputy press secretary, Sarah Huckabee Sanders said that Reid 'left on very good terms and we wish her the very best.'

'It’s not uncommon that you might have a transition of staff when a new administration comes in. And it’s simply nothing more than that,' she added.

Angella Reid whose job at the White House was to coordinate all activities at the residence, including handling everything from the large staff of butlers, maids, chefs, florists and electricians to fiscal, administrative and personal duties was employed in 2011 by former President Obama.

Reid was said to be very close to the Obamas and very strict with the White House staff.

This position is usually a long tenure job. There have only been 9 Chief ushers in the White House since the 20th century.
Tweet