Home » Arts and Entertainment » Wanted Matharoo sisters speak on their arrest, the video apology they made and how they escaped from Nigeria with temporary visas

Wanted Matharoo sisters speak on their arrest, the video apology they made and how they escaped from Nigeria with temporary visas 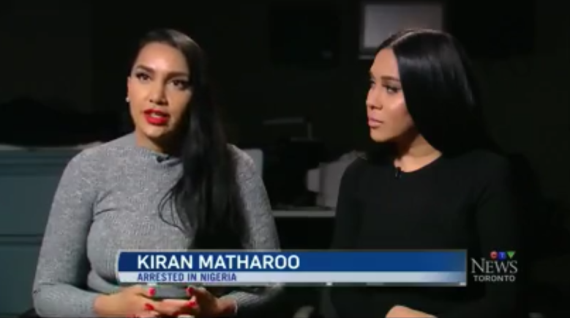 Indian sisters, Jyoti and Kiran Matharoo were arrested in 2016, and they admitted on camera to being the owners behind the now defunct damaging website, NaijaGistLive.com and apologized to Femi Otedola, his family and other petitioners they had written damaging stories or attempted to extort money from. They also claimed that stories written on the site were sent in by close friends or associates of people written about.

Now, they are claiming they are innocent and were coerced into making the apology video where they admitted to owning NGL... 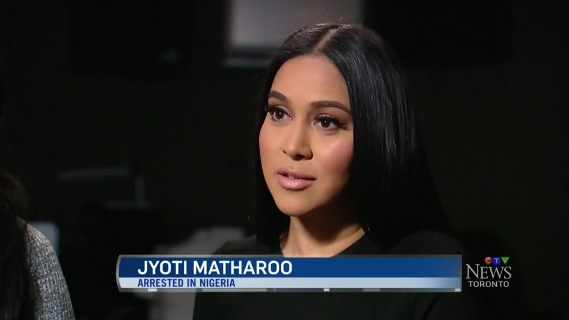 They were arraigned before a magistrate court in Yaba and granted bail in the sum of N500,000 each and two sureties each. The police seized a laptop, a camera and 2 Canadian passports from the sisters. However, at a second hearing into the case in January 2017, the sisters did not appear in court.

In an interview with CTV News Toronto, they claim to were blindsided with the allegations and apology video, and the Canadian embassy issued a temporary visa which they used to leave Nigeria.


"No phones, denied a lawyer, denied the embassy, kept on the floor, scared for my life," are the memories the sisters have of the incident. "We just decided to speak because everyone thinks we are missing, dead or worse," Jyoti said. "I was yelling and saying show me an arrest warrant, show me something with my name on it but they didn't have any identification," Kiran said. “The way the media reported it, they called us sex workers, prostitutes and escorts. I’ve never done anything like that." Jyoti said. "In Femi's actual statement, our names are not listed, just Babatunde Oyebode (who provided web security for the damaging website)," she added.

"Right after that they took us in for questioning. They put us in a jail cell overnight for eight hours, there was rats in  there, 11 other girls, two pieces of foam and I was crying the whole night, I was freaking out," Jyoti said.

They were put in protective custody and allegedly then told to do a video apology in exchange for their passports, but they were never returned. Their lawyer told CCTV news that the Canadian embassy issued temporary passports after realizing that their bail conditions did not restrict travel. The Matharoo sisters left Nigeria on January 1st, vowing never to return.


"I think the stain on our reputation will never be cleared because no matter what we do, its always going to be there."