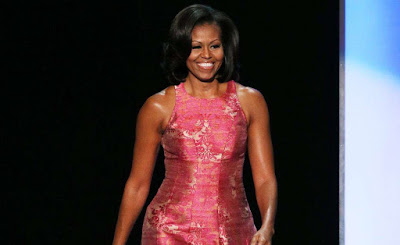 “The report in CNN yesterday was incorrect.” “There have been no changes to the program and none have been authorized.”


The State Department, which oversees the program aimed at providing young girls in developing countries with educational resources, also denied ending the program. They wrote on Twitter: 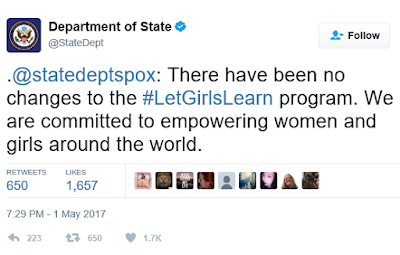 “There have been no changes to the #LetGirlsLearn program. We are committed to empowering women and girls around the world,” the department tweeted Monday night. 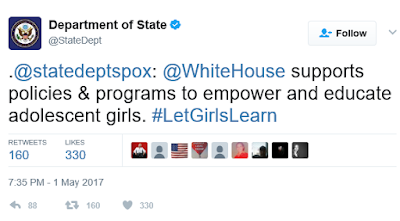 CNN, made the report, citing an internal memo allegedly sent to Peace Corps employees, which reportedly stated that the program would be stopped immediately.


“Moving forward, we will not continue to use the ‘Let Girls Learn’ brand or maintain a stand-alone program,”


“‘Let Girls Learn’ provided a platform to showcase Peace Corps’ strength in community development, shining a bright light on the work of our Volunteers all over the world,” she added. “We are so proud of what ‘Let Girls Learn’ accomplished and we have all of you to thank for this success.”

Former First Lady, Michelle Obama, launched the education program in 2015, stating it as:


“an effort that isn’t just about investing more money in girls’ education but also about changing how women and girls are viewed and valued around the world.”