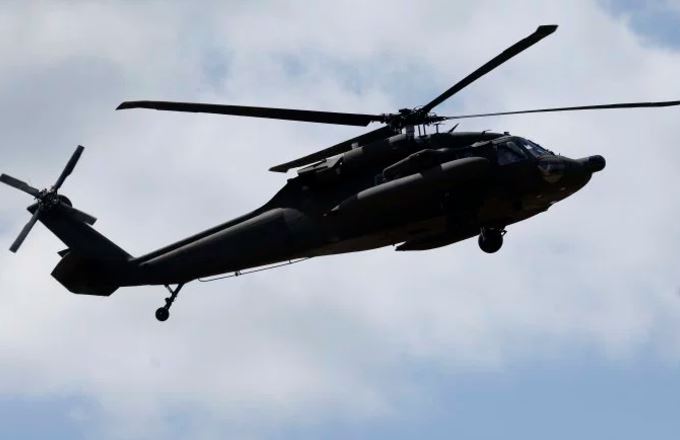 The United States Coast Guard and military crews are currently searching the ocean off Hawaii for five crew members of an Army helicopter that reportedly went down during a training exercise.

Officials at Wheeler Army Airfield near Honolulu reported losing communications around 10p.m on Tuesday with the crew of a UH-60 Black Hawk. Responding teams reported spotting a debris field about 2 miles (3 kilometers) west of Kaena Point, Oahu, shortly before 11:30 p.m.

An airplane, two helicopters and several boats are being used in the search across an area with light winds and 2-foot seas.Two Black Hawk crews were conducting training between Kaena Point and Oahu's Dillingham Airfield at the time communications were lost, officials said