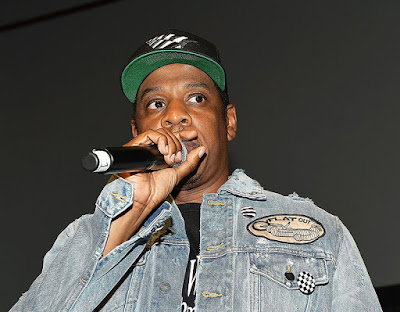 Despite reports that Jay Z's new album hit platinum within weeks of its release, and the RIAA issuing him a platinum plaque, it's been revealed that it actually didn't.
According to BuzzAngle, Jay-Z’s current album, 4:44, actually sold much less than 500,000 copies or downloads.


"The fact that 4:44 has sold so much less than 500,000 is startling. 4:44 has sold a total of 264,100 albums. That includes CDs and downloads but not streaming. If you count in streaming, including singles, the number still comes only to 364,000. This is a far cry from the 500,000 level that the RIAA requires for a gold record, and 1 million copies shipped for platinum. Still, the RIAA awarded Jay Z a platinum album based on private sales through Tidal streaming and direct deliveries to Sprint customers. 4:44 did not reach platinum status. Jay-Z’s people claimed the album was downloaded or streamed over a million times in one week. But even that is a lie. ” writes Roger Friedman.