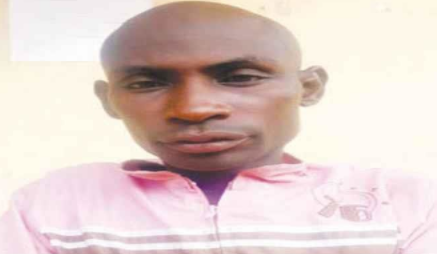 A fake medical doctor, who infected a six-year old boy with HIV by transfusing unscreened blood into him, has been arrested by Nasarawa State Command of the Nigerian Security and Civil Defense Corps (NSCDC).

The state Commandant, Bashir-Kano, disclosed this yesterday while speaking with newsmen in Lafia. Bashir-Kano identified the suspect as a 30-year old Jonathan Ibrahim.He said investigation into the case led to the discovery that the suspect and his wife are both HIV positive.

Bashir-Kano said: "As we speak, the suspect has already been remanded at the Lafia prisons following his arraignment at the Upper Area Court in Doma on Tuesday, Aug. 1."

He added that the command was working to see how it could assist the boy’s family to ameliorate his plight. He called on kind individuals to reach out to him through the command.

Jonathan Ibrahim, who operated a clinic at Iwashi village in Doma council of the state, was arrested by the state command of NSCDC on July 17 following complaint about his illegal activities from members of the public, including the parents of the boy recently infected with the virus. The commandant said the suspect has confessed to running an illegal clinic and transfused unscreened blood at his facility along with three other patients at his facility last year.

The parents of the 6-year-old victim discovered their son has been infected with the virus after they carried out some tests when the boy began falling ill frequently following the blood transfusion.
The mother of the child, Dorcas Alaku, her son’s health is deteriorating and hernia is also suspected, as his groin has swollen. She also disclosed that the person whose blood was transfused to her child also has HIV and chronic hernia.
Tweet