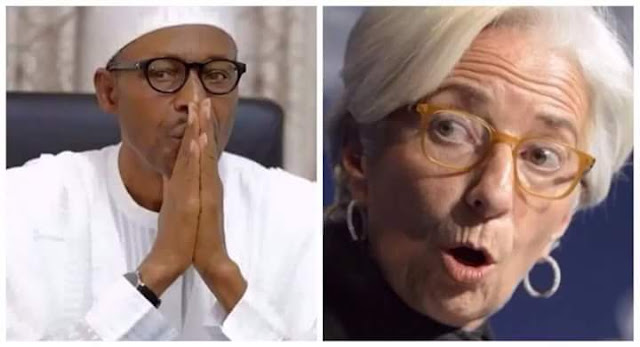 The International Monetary Fund has warned the Nigerian federal government about its rising debt profile, just as President Buhari seeks approval from NASS to borrow $5.5 billion to fund the budget

- Tobias Adrian, a director at the financial institution, stated that if Nigeria does not put the resources gotten from increased borrowing to good use, it would pose serious challenges for the nation

- However, Catherine Pattillo, an assistant director at the IMF admitted that Nigeria has undertaken lots of positive reforms; but stated that the government must do more especially in terms of mobilizing non-oil revenue

The federal government has been warned about its rising debt profile, especially foreign loans, by the International Monetary Fund (IMF), The Nation reports.

The financial institution issued the warning on Wednesday, October 11.

This comes following President Muhammadu Buhari’s recent request to the National Assembly for approval to borrow $5.5 billion to fund the 2017 budget.

He stressed that if the resources gotten from such borrowing are not put to good use, it would become a serious challenge.

Despite this though, she urged the federal government to do more especially in mobilizing more non-oil revenues.

She stated: “The concern in a number of oil exporters is that unless there is action now, debt which has been rising is a concern because of the interest payments.

“So, if you have continuing rise in debt, the interest payments would consume a large part of any revenue that you collect and you won’t be able to use that revenue for the objectives of the economic growth and recovery programme like increasing growth and employment.

“So for insuring that you have the ability to use those revenues for enhancing expenditure, there is a need to make sure that interest to revenue is kept at reasonable level.”

Meanwhile, NAIJ.com previously reported that a recent report concluded that the total foreign debt profile of the federal and the 36 states governments and the Federal Capital Territory (FCT), showed a continuous rise since the coming of the Muhammadu Buhari administration.