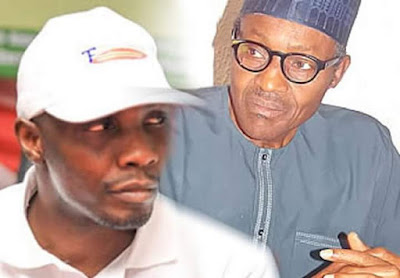 Fugitive, Government Ekpemupolo alias Tompolo, has advised President Muhammadu Buhari to channel funds expended in the deployment of over 20 military houseboats in Gbaramatu kingdom alone and other hardwares to develop the Niger Delta for peace to reign.

He said this was what informed the establishment of the Nigerian Maritime University at Okerenkoko and the Export Processing Zone (EPZ) Gas City Project at Ogidigben in Warri South West Local Government Area of Delta State by the last administration of President Goodluck Jonathan.

The former militant, in a statement signed by his media consultant, Comrade Paul Bebenimibo and made available to journalists on Thursday in Warri, Delta State, opined that the continuous military deployment to the region would not solve the problem of the age-long criminal neglect of the region by successive governments.

For absolute peace to reign, Tompolo enthused that the Federal Government should put up a strong political will to address the issue of lack of development in the region, which has been the bone of contention.

The former leader of the Movement for the Emancipation of the Niger Delta (MEND) wondered so much is being squandered in taking care of the military personnel and wares in the region “without achieving the purpose they are being drafted to the area as the agitation for development of the region continues on daily bases.”

He, therefore, advised that the huge sums of money used to deploy military houseboats, gunships and fighter jets, which is enough to fund the embattled Nigerian Maritime University and other development projects in the region, “will give a sense of relief and belonging to the people as part of the Nigerian project.”

“High Chief Government Ekpemupolo, alias Tompolo, the Ibe-Ebidouwei of Ijaw Nation has advised the President Muhammadu Buhari administration to fund numerous development projects ear-marked and on-going in the Niger Delta region, particularly the coastal area which is a very difficult terrain that no normal human being will love to stay with the present condition, with money used to deploy military men and wares as well as carry out military exercises such as operation crocodile smile and octopus grip by the Army and Navy respectively.

“And that continuous military deployment to the region will not solve the problem of the age long criminal neglect of the region by government.


“It must be pointed out that mere acknowledgement of the fast deteriorating condition of the Niger Delta region by government is not enough to solve the problems there, rather, the Federal Government needs to put up a strong political will to address the issue of lack of development in the region.

“At the last count, there are over 20 military houseboats in the creeks of Gbaramatu kingdom alone.

“So much is provided by the government in taking care of the military men and wares in that region without achieving the purpose they are being drafted to the area as the agitation for development of the region continues on daily bases.

“Government cannot continue to harass and intimidate the people of the region with military might. What the region needs is simply development.

“And that is what the previous administration meant when it established the Nigerian Maritime University, Okerenkoko.

“The previous government also approved the electrification of Escravos and environs, which has gone half-way, only to be discontinued by the present administration.

“The EPZ gas city and deep sea port project, well thought out by the precious administration to significantly address the issue of unemployment in Nigeria has been abandoned also. This is not fair,” Tompolo reiterated.

He challenged the Buhari-led government to “change the paradigm of military deployment to the paradigm of development and see that relative peace will certainly be attained.”