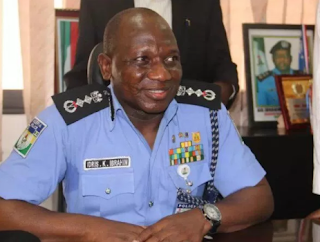 The Inspector General of Police, Ibrahim Idris has advised Nigerians to avoid making inflammatory statements and playing politics with the herders/farmers clashes to achieve genuine reconciliation.

Speaking during the launch of his book in Lagos, Idris said that the security challenges needed to be properly managed so as not to drag the country into unending crisis.

“This is the only way the country can secure genuine reconciliation among herders and farmers so that they can once again live in peace, harmony, love and avoid unnecessary loss of lives.” he said.

The police I-G said that even though President Muhammadu Buhari mandated the security agencies to arrest and prosecute offenders in the clashes, the nation needed serious conversation on the issue. “I have realised that the issue is beyond apprehension and prosecution of offenders: There has to be speedy dispensation of justice and the protection of the rights and interests of the suspects and victims of crime,” Idris said.