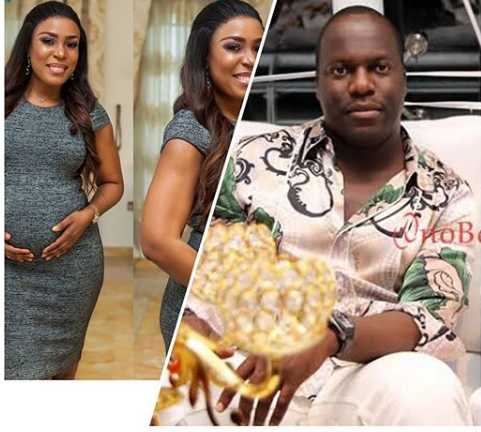 The entire social media has been abuzz following the Linda Ikeji story, from the time she announced her pregnancy to the birth of her son,Baby J a few days ago. Linda then went on to drop the bombshell – that her baby daddy was Sholaye Jeremi. This revelation came as a result of the call out by popular Nigerian controversial blogger and journalist, Kemi Olunloyo, who accused Linda Ikeji of having paid a surrogate to carry her baby and that she had been wearing a baby bump all the while.

People have been anticipating his reaction following the birth and Sholaye has finally spoken up after the birth of their son, Jayce Jeremi.

The Delta Oil Magnate, who is responsible for getting Billionaire blogger, Linda Ikeji pregnant has finally reacted days after a son was delivered in Atlanta. Sholaye Jeremi whose name was first heard in connection with Linda back in May took to his Instagram page to give thanks to God for all the blessings in his life and more particularly the latest blessing he received in this month.

Although Sholaye has refused to marry Linda according to some unverified reports, he obviously excited to be a father and has only God to thank for the blessing of Jayce Jeremi. He went on his Instagram and wrote the following words:
“God has blessed me beyond measures…I thank him for life and my wonderful gift he bestowed on me this month.”

Sholaye Jeremi happens to be a close associate to Minister of State for Petroleum, Ibe Kachikwu. He is from Sapele, Delta state. The fact remains that there was no engagement as Shola will not settle down although he is past 40 years . Jeremi, like Linda also stays in Ikoyi.