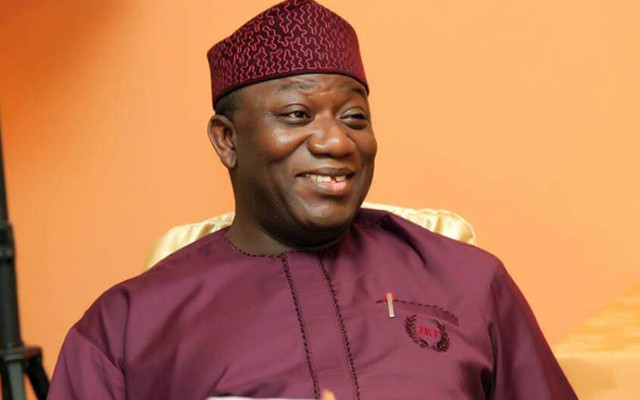 Governor Kayode Fayemi has reacted to claims of plotting to take over from President Muhammadu Buhari in 2023.

Fayemi who is expected to complete his second term as the governor in 2023, stated that report is totally untrue. The Ekiti State Governor denied working tirelessly towards building structures to bring to reality his “rumoured presidential ambition in 2023”.

A statement released by his spokesperson, Segun Dipe reads;

“Fayemi is a sitting governor and he chairs the Nigeria Governors’ Forum. He enjoys these roles and he is playing them to the best of his ability.
“His objective is that of engaging in processes such as negotiation, mediation, conciliation, and arbitration in order to move a seemingly violent conflict into non-violent dialogue, where differences are settled through conflict transformation processes or through the work of representative political institutions.
“He is interested in what is happening in every part of the country and, like he himself once stated, anything that affects the peace of any state governed by a member of the NGF would surely affect the solidarity of the forum.
“People like Fayemi bring people together. You find them in all kinds of places and in all kinds of circumstances. They are very lovable people who wish the very best for other people. Despite that his action as a peacemaker and reconciliator means a lot to other people, the governor is a modest person and he is focused on other people’s happiness.
“As a bridge builder, Fayemi is never pushy; he just wants everyone around him to find peace and achieve happiness. The governor no doubt knows a lot of people and doesn’t fail to bring everybody together; he listens carefully and is sincerely interested in how everyone is doing.
“Like any other bridge-builder in the world, Fayemi likes to help to connect people, he is quick at recognising what someone else needs and his mind starts searching for ways to help the other person move ahead.”